The magical atmosphere of the Nativity scene, protagonist of the Christmas crafts all over the world

An exhibition dedicated to Nativity scenes, protagonists of craftsmanship around the world during the Christmas period.
The paesaepe is a representation of the Nativity traditionally set in Naples in the eighteenth century. Neapolitan presepial art has remained unchanged for centuries, becoming part of the most established Christmas traditions and followed in Italy even today.
Set in small eighteenth-century temples, the works are full of folklore and are an example of how the handicrafts can reach the level of quality of real works of art.
The exhibition presents a collection of about 12 ancient Neapolitan presepial groups and others made by skilled craftsmen on the style of the best Neapolitan tradition, part of the Rita Giani Collection in Rome.
The exhibition also displays ancient angels of the popular tradition of central Italy, of the Gianni Brandozzi Collection, winged cherubs from the 15th to the 19th century, which adorned and embellished churches and private residences. In particular there are two works by the sculptor Lazzaro Giosaffatti (a student of Bernini), a representative of the region of Marche of fine sculptural art. 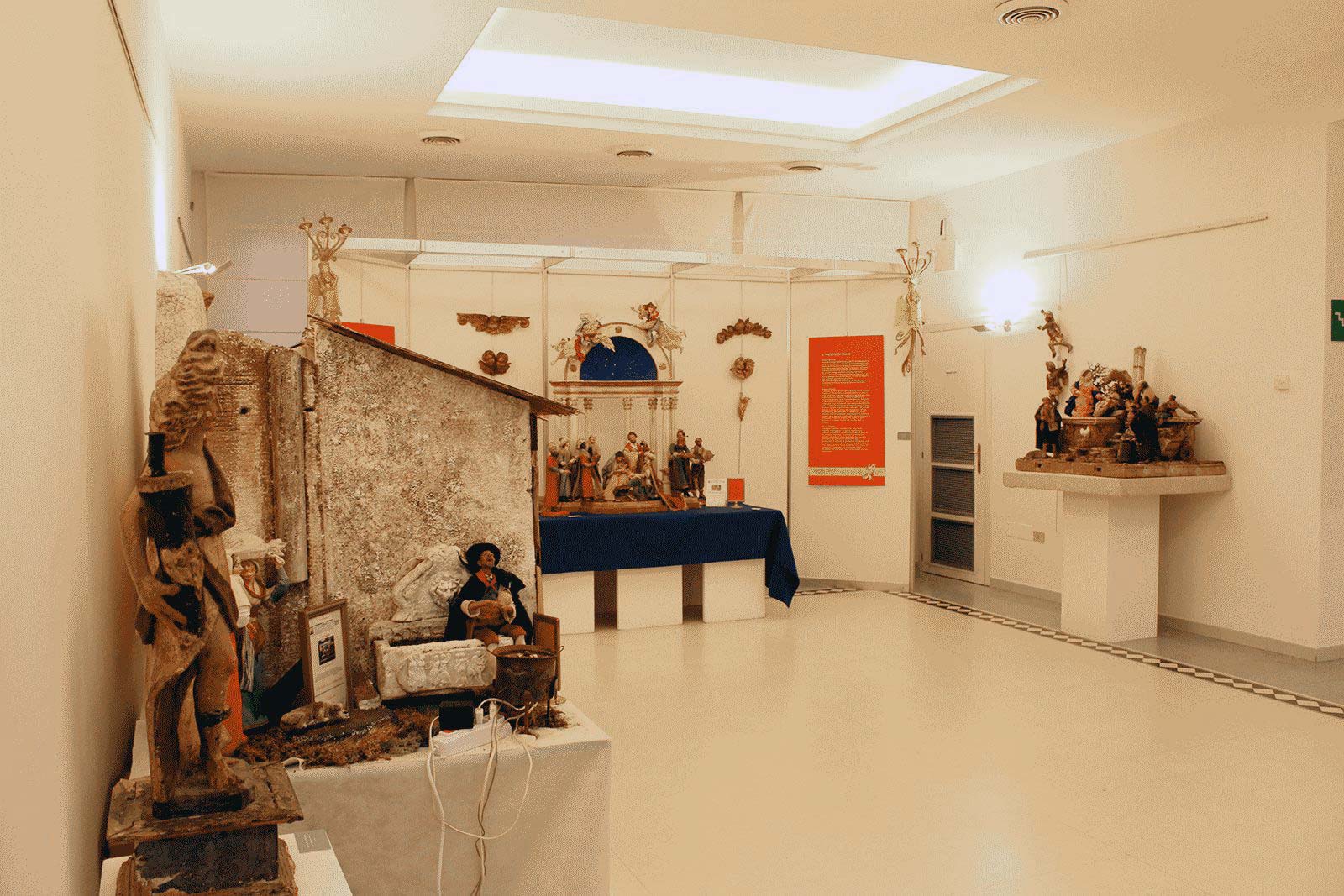 The exhibition is available for temporary exhibitions in Italy and in Europe. For more information contact us

Other Exhibitions in Sacred Art